Meet the Once Cast and Team 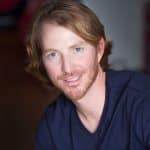 Aaron Brewer (Andrej/Guitar) Once marks Aaron’s 10th musical with TCR. He returns to the Brucemore stage after playing Jimmy Ray in Bright Star and Carlson in Of Mice and Men. Other favorite roles include Drew (Rock of Ages), Robert (Bridges of Madison County), and Anthony (Sweeney Todd). Thanks to Mom & Dad for always singing around the house. Fair play to Jim for my first guitar and love to Maribel and Mommy! Wouldn’t trade ya for gold, loves. 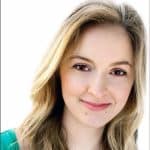 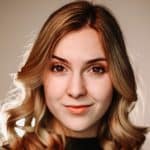 Madeline Kadlec (Reza/Guitar/Ukulele/Accordion) Madeline Kadlec is delighted to return to TCR! Maddie was recently seen on the TCR stage as Liesl in The Sound of Music and Ella in Rodgers and Hammerstein’s Cinderella. When not performing in Cedar Rapids, Maddie is a musician based in Minnesota, writing music, playing acoustic covers in bars and restaurants or providing vocals for events. Maddie would like to thank the Once team, her fiancé Meaghan, her mom, and her entire family for endless support, laughs, and music-making. 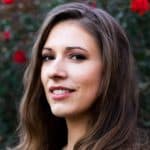 Mary Jane Knight (Girl/Piano) Mary Jane Knight, mezzo-soprano, has appeared with Riverside Theatre, Opera Memphis, Theatre Memphis, Opera Omaha, Des Moines Metro Opera, Opera Quad Cities, City Circle Theatre, and Revival Theatre Company, among others.  She is thrilled to be making her debut with Theatre Cedar Rapids. She is an eclectic and accomplished musician and teaches voice at Kirkwood College and maintains Knightingale Voice Studio in Iowa City where she lives with her husband Adam Knight and children Micah and Jonathan. Maryjaneknight.com 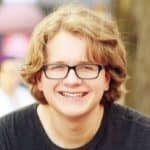 Aaron Kruger (Svec) Aaron Kruger is excited to be back for his second show with TCR after six years. Some of Aaron’s favorite past roles include Miguel in American Idiot at TCR, and Mathius in the University of Iowa’s production of The People Before the Park. Aaron would like to thank his friends and family for supporting his theater career. 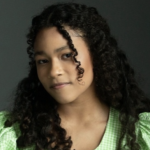 Rhylee Larson (Ivonka) Rhylee is thrilled to be back with TCR, again this season! Latest roles include Brigitta in the Sound of Music and Ariel in the Little Mermaid JR. Rhylee would like to thank her friends she has made during this season for all of the great memories and support<3 Enjoy the show! 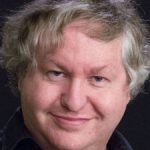 Duane Larson (Da) Duane is glad to be back on the Brucemore stage for the first time since Of Mice and Men in 2019. He’s kept busy in the interim writing and performing online and onstage all over the corridor. Thanks to the cast and crew and may your Hoover never (or, always) suck! 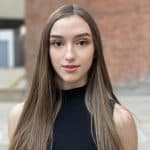 Ava Macek (Emcee/Ensemble/Violin II/Viola) Ava is grateful for the opportunity to combine her passion for music and movement to tell this beautiful story. She’s honored to share the Brucemore outdoor stage with such amazing performers, musicians, and humans. Once marks Ava’s ninth show with Theatre Cedar Rapids. Thank you to Angie, Janelle, Megan, and everyone involved in the production of Once. Music is a powerful language that crosses all bridges and borders to connect us to ourselves and each other. Enjoy the magic that is Once.

Michael Moore (Billy) K Michael Moore is an actor, director, writer, and stage violence choreographer in the Corridor. Favorite projects include Ed in The Curious Incident of the Dog in the Nighttime, Dan in Next to Normal, Willoughby in Sense and Sensibility, and working the fights for She Kills Monsters. The scars on his hands are not from choreography gone wrong, but rather vicious and deadly attacks from his cat, Tinker. 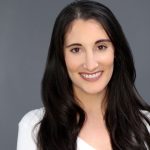 Marita O’Connell (Ex-Girlfriend/Violin) Marita is grateful to be performing Once again with TCR! Marita studied violin performance at Eastman School of Music but later transferred to Luther College to earn a degree in Music Management. Professionally, Marita has been the lead fiddler in Busch Gardens Williamsburg’s show Celtic Fyre, played fiddle in the first US tour of Rockin’ Road to Dublin, and locally has played violin alongside 2 Cellos, Foreigner and Disturbed. At TCR, Marita played Esmeralda in The Hunchback of Notre Dame and has loved playing violin in a variety of pit orchestras under the direction of Janelle Lauer. Marita would like to thank her husband Connor for his loving support and immense help in caring for their baby while she spent the past month rehearsing! 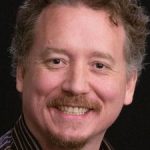 Aaron Pozdol (Bank Manager) Aaron is thrilled to return to Brucemore this summer; he’s been sweating entirely too little lately. Recent roles include Jordan in Private with Mirrorbox at TCR, Don in Kinky Boots at TCR, and Toad in A Year with Frog and Toad at Brucemore. Aaron thanks his family and friends for their continued support. 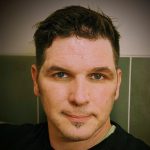 Tim Riven (Guy/Guitar) Tim Riven has no idea what he is doing, but he’s been lucky so far. After studying Acting and Voice at Western Kentucky University, he joined the U.S. Air Force for the better part of a decade while putting his love of performing on the back burner. Since leaving the military and relocating to Cedar Rapids in 2006, he has worked with many area theatre companies. Some of his more notable TCR credits include Malcolm in The Full Monty, Claude in Hair, and Andrew Jackson in Bloody Bloody Andrew Jackson. In addition to theatre, he plays guitar and sings, performing regularly in Eastern Iowa. Several years ago, he joined his better half, Jordan, in wedded bliss. BEST. DECISION. EVER. He also has three wildly above-average children, Autumn, Michaela, and Will, AND he has the two best grandchildren, Maeve and Wren. He is the luckiest man. 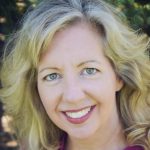 Susan Scharnau Schultejans (Baruska) Susan is grateful for her family’s encouragement and love as she has performed on the stages of TCR & Revival Theatre Company. Outstanding Brucemore memories include Midsummer Night’s Dream in 1996 and Bright Star last summer. Děkuji to Liba Ayach, our incredible Czech culture and language consultant. Pravda a láska zvítězí nad lží a nenávistí. (Truth and love will triumph over lies and failure.) -Václav Havel